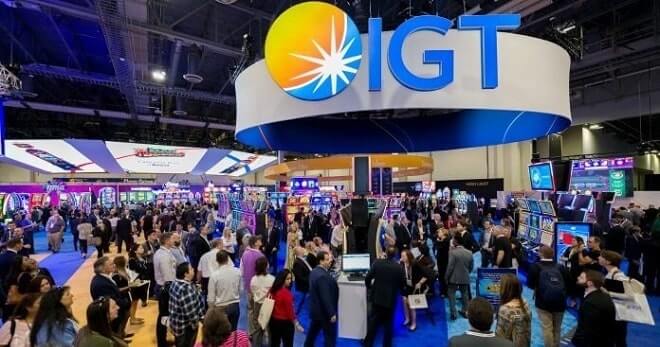 International Game Technology (IGT) has revealed strong year-over-year growth in the company’s quarterly Q3 report for 2021. IGT saw a consolidated revenue jump of 21% as this vertical generated an impressive $984.
In fact, the supplier reported significant development of all its divisions, and all of them recorded double-digit expansions. IGTs lottery, global gaming, and digital sectors showed solid growth and recovery after the pandemic-stricken 2020. There was also good news for investors and stockholders, thanks to the reinstatement of a $0.20 quarterly cash dividend per common share.

IGT’s three main divisions are the global lottery, global gaming, and digital & betting. Each of these noted a significant increase in revenue.
The global lottery sector brought in the most money but saw the lowest year-over-year growth. It jumped by 14%, from $570 million in Q3 2020 to $652 million in Q3 of 2021. Both global gaming and digital & betting noted boosts in revenue by over 30%. Global gaming generated $289 million, which is an increase of 34% compared to the $216 million last year. Finally, the digital & betting division was the fastest-growing one, seeing its year-over-year quarterly revenue jump by 37%. The sector saw its 2020 revenue of $31 million hit $43 million in 2021.
All these divisions generated a total consolidated revenue for IGT of $984. This figure marks an increase of 21% compared to the $816 million reported back in 2020.
The highest share – $556 million – of this revenue comes from the US and Canadian markets. Italy is another essential market for IGT as it generated $294 million in revenue. Finally, the rest-of-the-world operations earned the company only $134 million.
When it comes to what made IGT the most money, the answer is – providing services. The company’s service revenue was $832 million, whereas the remaining $152 million came from product sales. Namely, a fantastic 84.55% of the total company revenue was generated by the services sector.
These impressive numbers tell the triumphant story of IGT’s 2021 operations so far. The situation was similar to the Q2 report, which showed how the company was getting back on track revenue-wise.

Special attention must be paid to the adjusted EBITDA and its margin of fantastic 41%, one of the highest margins in IGT’s history. In 2020, the margin was significantly lower at 35%. The total adjusted EBITDA of the company in the Q3 report was $407 million, up 42% from the $287 million seen last year.
The global lottery, global gaming, and digital & betting sectors’ adjusted EBITDA were $347 million, $64 million, and $15 million, respectively. Again, digital & betting led in growth considering its shocking adjusted EBITDA increase of 66%. As for the corporate support expense’s EBITDA, it went from a loss of $13 million to $19 million.
IGT’s CEO, Marco Sala, commented on the latest financial results, explaining how the “broad-based momentum” across the divisions “drove significant improvement.” Sala also highlighted how the revenue grew by more than 20% and the operating income “more than doubled.”

On the other side of the operations, we have some other vital metrics and parameters. Driven by the selling of Italian operations and strong financial results, IGT has decreased the net debt by nearly $1.2 billion or by 16%. In 2020, the company’s year-to-date net debt was at $7.25 billion, while in 2021, it stood at $6.1 billion.
As for the net cash from operating activities, it went down by 41%, from $191 million to $113 million. A similar trend could be seen in the company’s free cash flow, which decreased by nearly 50%, from $126 million to $66 million.
IGT saw its operating income improve by 144% compared to 2020. According to the company’s report, these numbers come from disciplined cost management, substantial operating leverage, and high-profit flow-through.
The global gaming sector was a leader in operating income with $234 million, followed by $31 million from global gaming and $12 million from digital & betting. The corporate support expenses went from $17 million to $26 million or worsened by 54%. However, the other costs decreased from $42 million to $40 million. With these numbers, the operating income margin of IGT in 2021 was at 22%.
IGT’s CFO, Max Chiara, explained that the company supported “strong top-line growth with strategic investments.” However, Chiara further explained how IGT was “still making good progress” when it came to optimizing the cost structure.
The supplier’s total liquidity in September 2021 was $2.2 billion. Of that amount, $1.8 billion was in additional borrowing capacity and $435 million in unrestricted cash.

Other 2021 Milestones and Key Metrics

While the quarterly report released by IGT primarily focused on the Q3 performance, it also had some other exciting details.
For example, the year-to-date cash flow of the company was $613 million, whereas the free cash flow was $445.
Among the key highlights, the supplier mentioned the 10-year lottery contract sealed with the Connecticut Lottery Corporation. IGT also boasted signing a 7-year contract with the French National Lottery operator La Française des Jeux. Both these deals are expected to fuel the continued expansion of the brand.
IGT didn’t forget to boast the several prestigious awards it received throughout 2021. Among those, you’ll notice the 2021 IGA awards for “Lottery Product of the Year” and “Technology Provider of the Year.” IGT also scooped the “Product Innovation of the Year” at the Global Gaming Awards Las Vegas.
Overall, 2021 has been an excellent year for the London-based company. With the latest numbers in, it’s safe to forecast even better months as the brand keeps developing new partnerships and implementing responsible operating practices.