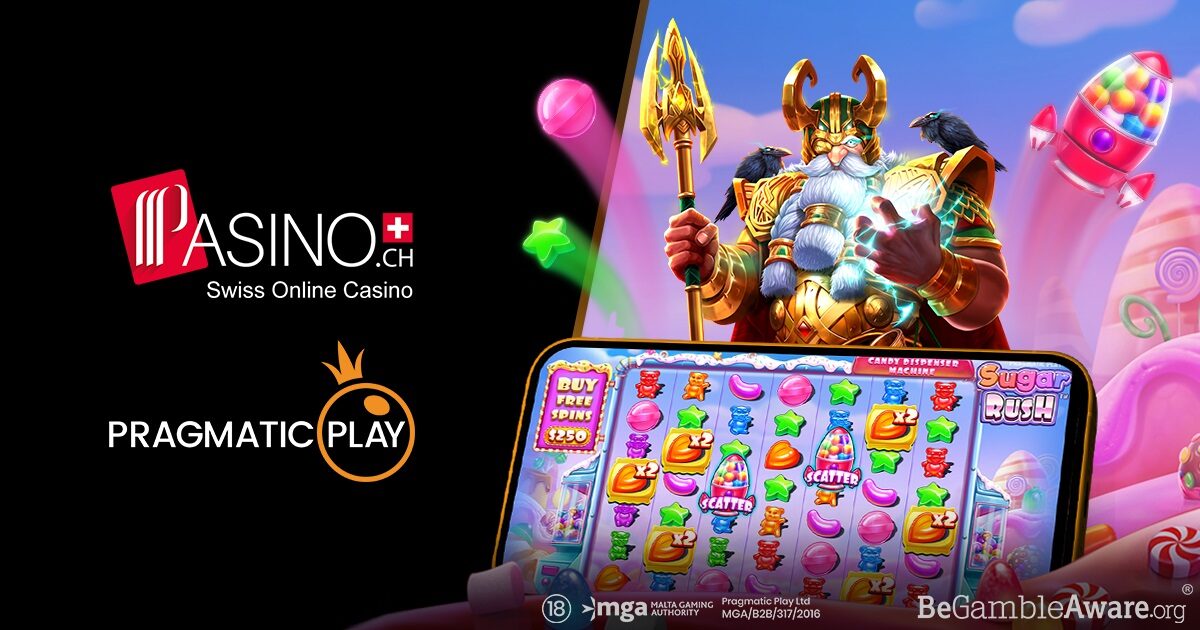 Pragmatic Play remains active in the new year and has already made a huge announcement. The world-renowned iGaming software supplier announced this week that it has agreed to offer its slots to Pasino.ch. This agreement is another fantastic deal for the famous software developer as it marks its entry into the Swiss-regulated market.

Pragmatic Play, one of the most popular brands in the iGaming industry, has an enormous game portfolio. The company provides top-notch slots, bingo games, virtual sports, and live dealer games and supplies a wide range of established and new online casinos. The game developer creates 5-7 slot games monthly to keep its content fresh.

Through the arrangement, the game creator will now provide its slot collection to Pasino.ch. This is an online casino platform owned by Partouche Groupe. The corporation has its headquarters in Paris, France, and it’s a strong company that dominates the European regulated market. It is well-known for its chain of 42 casinos that are spread across Belgium, France, Switzerland, and Tunisia.

Fans of the casino game developer will get access to some of its best slot games. That is thanks to the content distribution agreement. The provider will launch its whole slot offering under the deal.

Swiss players may enjoy a wide range of games from their favourite game developer. Some of the releases that are available to them include the ever-popular The Hand of Midas, Big Bass Bonanza, and Gates of Olympus. Players will enjoy exciting features, intriguing gameplay, and significant wins on the company’s slots.

Pragmatic Play is pleased about this partnership with Partouche Group. Irina Cornides, the COO of Pragmatic Play, spoke enthusiastically about the company. She stated that the Partouche Group was prominent in the region’s land-based casinos. Also, she said Pasino did an excellent job building that image online.

She stated they were happy to align with the Partouche Group’s goals. Both parties are committed to providing gamers with top-quality entertainment. She concluded by noting that this transaction was perfect for Pragmatic Play. It provided the company with an excellent opportunity to promote its products to a broader audience in the Swiss market.

Pasino was ecstatic with the agreement as well. Rupert Ecker, the company’s managing director, mirrored Cornides’ comments. He said Pasino and the Partouche Group were committed to providing the highest quality entertainment. They feel that Pragmatic Play would be a significant partner in achieving this goal.

Ecker concluded the statement by noting how delighted they were to provide such a varied choice of games to its customers. They are confident that all their slot fans will have a fantastic time playing the new slot titles that will be added to the site.

The recent agreement in Switzerland is incredibly beneficial for Pragmatic Play. It strengthens the developer’s position as a leading distributor of games for the European iGaming sector. Indeed, the corporation expanded its presence in Italy late last month. That came through a partnership with Sportbet, the country’s largest operator.

More on that note comes up next.

When it comes to giving the iGaming sector content, Pragmatic Play is a front-runner. With up to seven innovations in a single month, it has mastered the art of creating unique slot titles.

Pragmatic Play content has been approved and authorized by more than twenty jurisdictions. It is available on desktop and all mobile devices in 33 different languages. Its goal is to become the world’s most well-known iGaming content creator.

Some of the most popular Pragmatic Play Casinos among players include 888 Casino, PokerStars, William Hill, and Kindred.

Before that, Pragmatic Play and Mycasino partnered in December. The company’s foothold in the Swiss market was further enhanced through this agreement.

Pragmatic Play also wants to increase its exposure on other continents besides Europe.

The company formally partnered with Brazilian operator Bingolar in November 2022. With that, it promised to provide it with its industry-leading gaming verticals. The provider introduced its Slots, Live Casino, and Virtual Sports capabilities to the LatAm operator under the deal. It also partnered with Aposta Ganha, another established Brazilian brand.

In November 2022, NorthStar Gaming – a company located in Ontario, and Pragmatic Play also signed a deal. The operator is active in the province’s regulated iGaming market through its NorthStar Bets platform. And now that the provider’s content is available on the site, Ontario gamblers can enjoy it without problems.